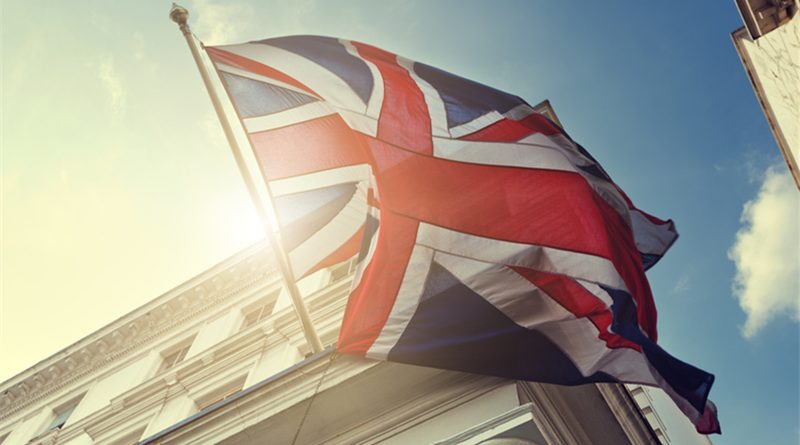 The number of vapers in Great Britain has topped three million for the first time – four times the number in 2012, according to a survey by Action on Smoking and Health.

Most use e-cigarettes because they have quit smoking and 40% are smokers who are trying to give up.

The estimations are based on a survey of 12,000 British adults.

But a “worrying” belief that vaping is as bad as smoking still exists, a King’s College London analysis found.

Earlier this year, Public Health England said e-cigarettes should be made available on prescription because of how successful they were in helping people give up smoking.

And a report by MPs in August said rules around e-cigarettes should be relaxed and their use on public transport debated.

Ash, the public health charity, said this survey suggested smokers were getting the message that switching to vaping could improve their health.

But there are still some smokers – about a third – who have never tried one. 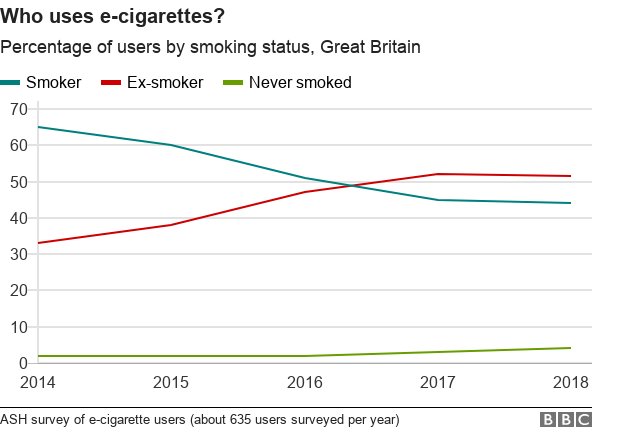 Although increasing numbers of smokers now believe vaping is less harmful than smoking, 22% still think it is as bad or worse.

And among the general public, one in four adults believes it to be as harmful as tobacco.

Also from the survey, 17% correctly believed vaping to be a lot less harmful than smoking – but 23% said they didn’t know which was more harmful. This compared with 13% and 29% last year.

Deborah Arnott, chief executive of Ash, said: “UK policy is on the right track, with thousands of smokers making the switch to vaping and improving their health and little sign of non-smokers taking up vaping.

“But even more smokers could benefit if e-cigarettes were licensed as medicines and available on prescription.”

Dr Leonie Brose, from King’s College London, called the mistaken belief by some people that vaping was as harmful as smoking “worrying”.

“Campaigns from Public Health England and others to challenge these views are important and must continue,” she said.

The top three reasons ex-smokers gave for using e-cigarettes were:

Alison Cook, director of policy at the British Lung Foundation, said: “It’s really encouraging to see smokers using e-cigarettes to help them quit the much more harmful practice of smoking.”

She said doctors and pharmacists “should be very clear with people that there is a range of products available and that they can try vaping as a way to stop smoking”. 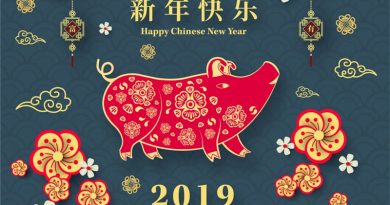 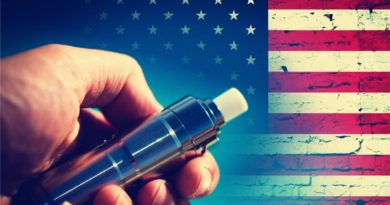