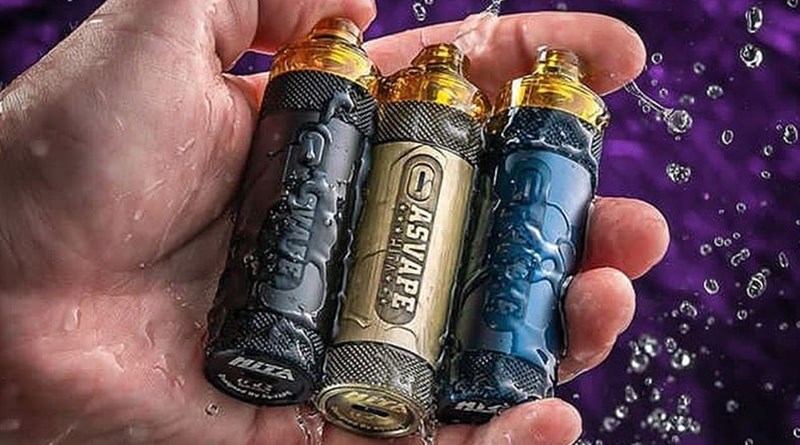 The Asvape Hit is a pod mod styled to look like a mech mod, it looks the part but are looks everything?

So the world of mechs seems to have been largely ignored since the explosion (poor choice of words?) in AIO’s, pod systems, and all manner of starter devices.

Asvape obviously decided that a return to the clean and simple looks of a mech was something the pod market was needing.

The Hita is then the result of melding the looks of a mech, with the ease of a pod system.

Sounds like a winner, so we shall see if it delivers!

What Can We Expect From The Asvape Hita?

So, this is definitely not a mech!

Instead it’s a pod system that wants to bring some mech stylings to the party.

If you haven’t heard of Asvape before, then I don’t blame you!

They’re not the most prolific of companies, but they definitely have a track record for some slightly odd pod designs including the Touch and the Agera/Defender.

This was sent over free of charge for the purpose of this review from Health Cabin, thank you! As usual I will report back honestly on what I find.

Well this is a dinky little thing!

It comes in three colours, Carbon Black (which I received), Blue and Dark Green (which oddly Asvape describe as “recommended” on its website).

They also do a brushed metal look called the Hita Brushed.

The body is made from anodised aluminium and feels very smooth and silky. There’s very little weight to it, but due to the metal nature, it feels very durable.

At the top and bottom of the stick you have a nicely grippy knurled section. The top one of these has your two mirrored airflow slots cut into it.

On the front is your pill shaped fire button with a bright LED, and “Asvape Hita” embossed into it.

Spinning it round to the rear, you have the branding “Hita – Mech Reinvent – All in one Pod System”, in white. I’m not terribly keen on this as I think the white cheapens the look compared to the embossed name on the front.

On such a small system they managed to put the product and company name on it three times!

The pod itself is made of plastic that looks like ultem (I couldn’t find out if it definitely was or not) and has a really low profile 510 drip tip of the same material.

In fact you get two drip tips in the packaging, it comes with the wider bore fitted, and the thinner bore is in the spares bag.

The pod is held in place by a magnetic ring around the base of the pod, and I warn you now, these are not terribly strong magnets! I discovered this when I went to flick some condensed e-liquid out of the drip tip, and sent the pod flying across my room.

Another oddity is that the magnets on the base of the pod, are actually mounted on another piece of plastic that screws into the base. Which you need to remove to change your coils…more on this in a bit.

Airflow is set by a combination of having an airflow hole in the metal of the device, and a corresponding hole on the pod. You adjust your airflow by turning the whole pod, to open or close these airflow channels.

How To Fill The Asvape Hita Pod

Filling the Hita Pod is really easy, though less easy to do one handed when you’re trying to take a photo!

Remember to leave it to stand for a few minutes if it’s a new coil, to make sure it becomes fully saturated – known as priming your coil.

How To Change The Asvape Hita Coil

This is one of my first major cons, changing the coil is a lot more involved than I think it needed to be!

In my mind, not only are there a few too many steps there for an otherwise simple device.

But more irritatingly, getting a grip on the coil to remove it is hard! Unless you have fingernails, you might resort to using a tool to get underneath it and pull it up.

Another con in this process is that you cannot remove the coil without the pod being empty.

If you try to do it when there is e-liquid in the pod, it will dump it all out the drip tip.

There is 1 button. Press it 5 times to power on/off the mod, and press it to fire.

In all seriousness, all the wattage selection is handled by the Reekbox chip inside, and will set itself based on the resistance of your coil.

The fire button will also light up to let you know the battery level.

In all honesty the red is pretty superfluous, as the moment it goes red you’ve got maybe a handful of draws left, so not terribly useful!

Because what self respecting micro pod system is complete without a lanyard?

In all seriousness, it works fine for what it is. You have a rubber ring that fits onto the knurled section at the top of the device, and is held in place by friction.

It has two cut outs that you need to make sure go over the airflow holes.

Also yes, it has more branding.

The lanyard itself is made of clear plastic, with an adjustment toggle to shorten it.

It does the job, but because the plastic lanyard gets bunched up in transit, and the ASvape Hita is not heavy enough to pull it straight. You will always have some fairly obvious kinks in the lanyard itself.

Will I ever use the lanyard?

I didn’t receive it, but you can get an RBA coil for the Hita.

Be aware that as the device sets it’s wattage based on resistance, it might take some experimenting to find something that works for you.

I have also seen a 510 adapter, though I think this might be part of the RBA coil packaging. Allowing you, at least in theory, to mount any other tank you want on top of the Hita.

All I will say, is that it better have much stronger magnets than the standard pod before I’d be happy trying that!

How Does the Asvape Hita Perform?

I would hesitate to describe this coil as Direct Lung. I was far happier using this coil as Mouth to Lung. You can read more about the different styles of vaping here.

You can just about manage a restricted direct lung inhale, but even then I found that I was usually slip streaming and allowing extra airflow in around the drip tip.

Flavour is pretty good, although it doesn’t really produce enough vapour to separate out some of the more complex combinations of flavours.

Another thing that’s worth noting is that it wasn’t until I had put a couple of pods worth of e-liquid through it, that I felt that it hit it’s peak.

So be aware of the break in period! After that though, I was very happy with. Though I preferred using 50/50 VG/PG e-liquid with higher nicotine content – it handled 70/30 just fine.

I put about 40ml of e-liquid through this coil and it was only just starting to lose flavour, so you’ve got a decent amount of coil life from it.

This coil is a little bit more restrictive, but you can still manage a restricted direct lung draw with it.

I preferred it really closed down on the airflow for a true mouth to lung vape.

Flavour is not quite as punchy, but on the flip side it didn’t seem to have any break in time to speak of.

It did start to lose it’s flavour towards the end of my second 10ml bottle of e-liquid, so not best life span.

I did only have one coil to test however, so this may be a one off.

On the plus side you can of course get more battery life using this coil.

A full charge only took me 46 minutes, which is not bad at all, and outperforms Asvape’s promised 1 hour charge time.

On the downside it doesn’t allow pass through vaping, so you can’t plug it in and vape on it.

Using the 0.5Ω coil I tended to get just under a day of vaping out of this, switching over to the 1.0Ω and I happily got two days.

Does the Asvape Hita Leak?

I’m not sure this was actually leaking, I think it might just have been a small amount of condensate collecting.

And I definitely noticed it more after I had recently refilled, so there’s also the possibility that I was inadvertently squeezing some e-liquid out when I replaced the stopper.

Even being very careful I still noticed it happening, not a major issue, but something to be aware of.

So this was a weird little device… but I kinda like it!

Aside from a little too much branding, I really liked the looks of it.

The anodised aluminium feels very good in the hand, and it’s capable of pretty decent flavour.

Despite the fact I’ve been vaping on it for a few weeks now, I’m still not entirely sure what to make of it, and I’m not sure who it’s aimed at.

There are definitely things that I would change if it were ever to get an update, and so I can’t give it a wholehearted recommendation.

But so long as you know what to expect going into it, it’s a cute bit of kit.

After reading this review are you going to get one?

Or, have you already got one?

Let me know your thoughts in the comments below.

It’s a slightly weird little thing, but the more I use it, the more it’s grown on me. There are quite a few things I would want to change, but if you can look past those, and get over the cognitive dissonance of a pod that looks like a mech (albeit a tiny one), then it’s not a bad bit of kit. I’m not sure I’ve ever called any vape kit “cute” before, but this one kinda is.

This review was written by Will from ecigclick, click to view original review there with more pictures. 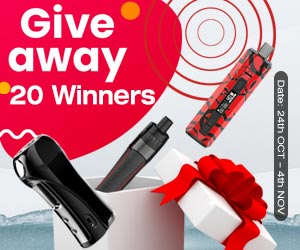 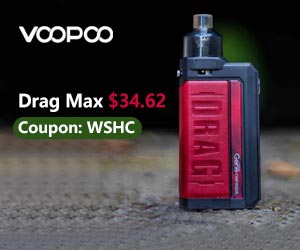 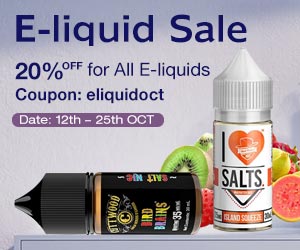 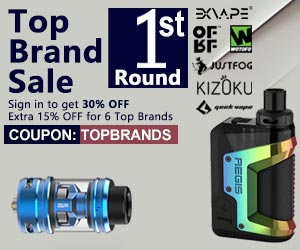 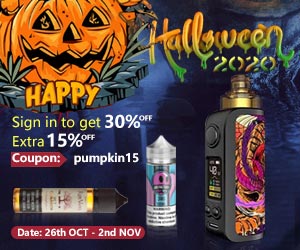 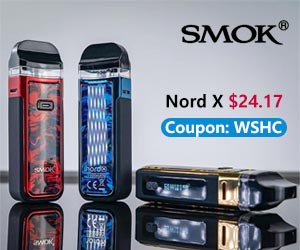