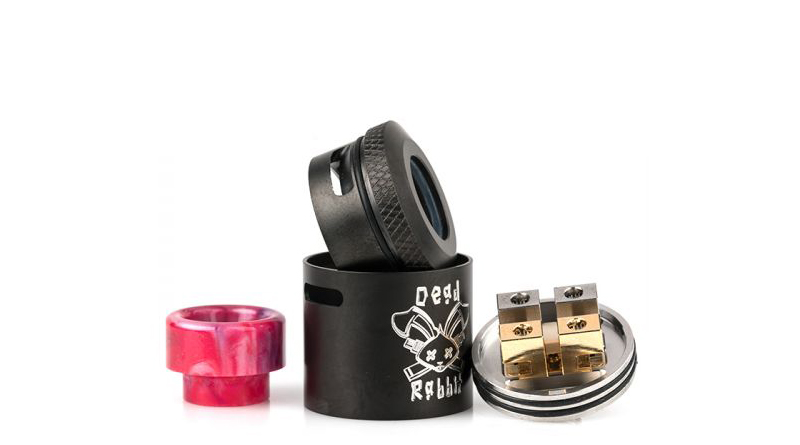 Dead Rabbit RDA is published in August 2017, it has been a well-known RDA until know. Hellvape publishes the new generation of Dead Rabbit RDA-Dead Rabbit V2 RDA. This features a diameter 22mm that perfectly matches most vape mods. It achieves a two-post build deck, a deeper juice, which brings great experience. Hellvape Dead Rabbit V2 comes with an AG+Anti-bacterial 810 drip tip and 510 drip tip adapter. The dual airflow system and a honeycomb airflow option make it become worthier to buy, these produce excellent flavor.

Hellvape Dead Rabbit V2 RDA Build Deck
Dead Rabbit V2 RDA is equipped with a barrel lock and has a slide feature, which enables airflow inlets balance with coils after setting the airflow. This is different from Dead Rabbit RDA Squonk, it smoothly guides juice when you use with squonk mods. 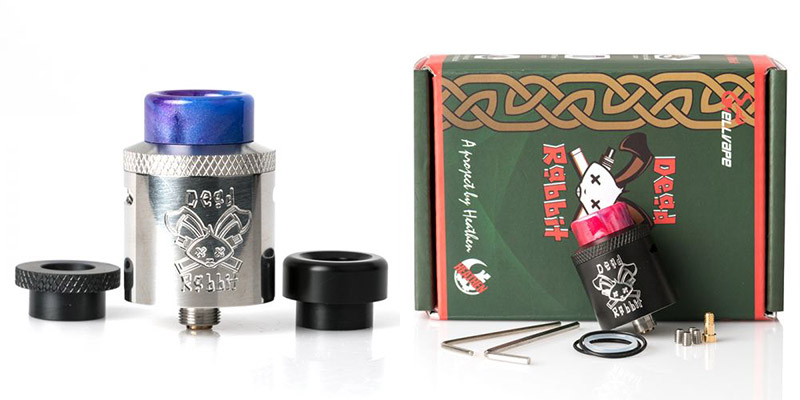