Happy Mid Autumn Festival, a Chinese traditional festival will start on 13th Sep. For celebrating, we now offer 3 giveaways for this wonderful eve, 15 winners can be announced on 23rd Sep. Cheers! 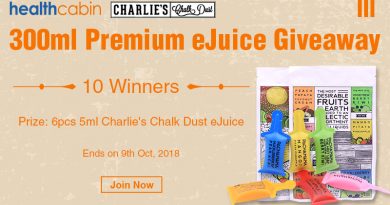