Firstly I should thank Franny for giving me the opportunity to write a small review as well as my video. The Wismec Bellerophon RTA was provided by Healthcabin.net as part of a package they sent Franny, so thanks to the team at Healthcabin also.

Right on with the review!

The first look is that it comes in an almost old school style of packaging, by this I mean you can actually see the Bellerophon and not a digital image of one! It’s nice to be able to get a glimpse of the actual RTA before opening up the box.

The design of the Bellerophon is pretty snazzy, it has a good shape to it, lots of points and curves. I have the black version and it is well painted and doesn’t look like it would easily be chipped. The logo on the chimney is a nice touch and adds a certain class about it.

The Bellerophon’s airflow is a specialized airflow in the way it comes in from the bottom and up the side of the coils, this is to ensure maximum flavour for the user. Moving the airflow ring will obviously change the cloud and flavour respectively.

The chimney was a little difficult to remove, just over-tightening at the factory, certainly not a fault of any kind. Once the initial battle was over it came apart smoothly. The chimney and the filling ports of the tank are attached together at all times with the top cap removable for filling of course! The filling holes are nice and big so able to get unicorn bottle tips in there easily.

There is a bit of a fault with this and it’s certainly not restricted to just the Bellerophon. The air vent band just slips off! I don’t know why they do not fix these in a place like other RTA’s is beyond me!

Looking at the deck there are rather small air flow slots in the posts which also have 2 slots to place the coils into with a 2.5mm grub each side to hold the hold the coils in place with (I may add, it takes a little maneuvering to get in the right place to anchor down but not a major headache).

The coil is now nice and central, settled at 0.34 ohms, no hot spots glowing well, time to wick… Where the hell does the cotton go? There are just 2 grooves where you place the cotton in, so for the wicking I thinned it out a bit to make sure the chimney can still thread without the cotton getting too caught up ( the chimney locks the cotton into place, there isn’t your normal well/wicking hole to slot the cotton into)

Filling up the juice hoping the cotton holds and it doesn’t pour out over me, it didn’t. Did I get lucky?

How does it vape?

WOW! 40W and its chucking some serious clouds and full of flavour! Those air slots don’t look so stupid now huh.

I was expecting this to be a discrete single coil RTA but it really isn’t with a basic ni80 single coil, it’s pretty much out doing a dual build even the triple build on the Glaz RDSA.

This is definitely worth a try if you want low power builds but without losing the flavour or cloud.

It’s got a few niggles that although annoying, you can live with. The low-wattage needed for the clouds and flavour is amazing and means my batteries didn’t take a hammering! With a single coil you don’t expect much and especially as I am used to the Titan on a daily basis I was expecting this to be a massive step down, far from it!

It is a great RTA with room for improvement but its flaws are small in comparison to the positives this little RTA has.

Read more on the Bellerophon RTA on Wismec’s site HERE

Hi, my name is Franny and I own frannyvapes.com. I am also the owner of the largest vaping group in the UK, UK Vape Deals. I strive to bring informative, professional and honest reviews on products from various companies. From cotton to mechs, everything will get covered! I am an ex-smoker of 23 years and vaping really did save my life. I owe the vape community a massive thanks for being supportive over the last 2 years of vaping & frannyvapes.com continues to grow and be recognized as a great source of info on vaping products. 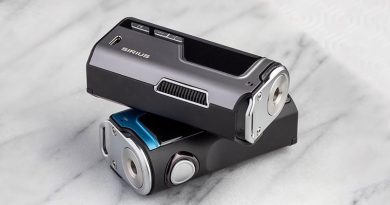 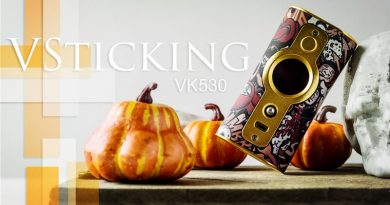 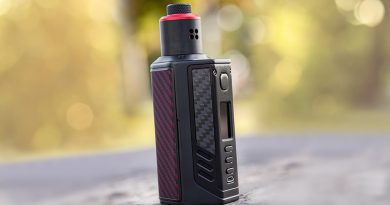